Day of the dentist. Why celebrate on February 9?

A professional holiday of dentists is celebrated on the day of Saint Apollonia. Apollonius has been considered for many years the patroness of those who have toothaches and those who treat them. 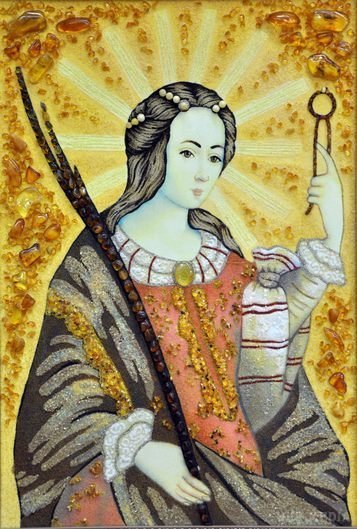 According to legend, Apollonia is the daughter of the rich and influential Alexandrian emperor Elizabius. The girl believed in Christ, which at that time was unacceptable. Later, she was accused of allegedly exposing the divine origin of the emperor Philip Arap. Also persecutors of Christians were sure that Apollonius gives a negative example to fellow citizens who were supposed to worship idols and different gods, not Christ.

The girl was seized and subjected to cruel torture – she was badly beaten and even pulled out all her teeth – the persecutors demanded that she renounce Christ. Apollonius was then taken to the square and all conditions were set: either she renounced her religion, or she would be burned alive. The girl asked the hangmen to untie her hands so that she could kneel down and fulfill the conditions of the crowd. However, when she was released from the ropes – Apollonia rushed into the fire and burned alive. This happened on February 9, 249.

In 300 the church canonized Apollonia by the Holy Martyr. Her faith, suffering and self-immolation were unforgettable – a belief was formed: if you have a toothache turn – to Apollonia in prayer, and the pain will subside. The image of Saint Apollonia (a pretty girl with tongs in her hands) was almost in every church.

A little history of dentistry

The first mention of the disease of the teeth found in the ancient Egyptian treatise, written around 1550 BC. The treatise contains more than 900 prescription potions for the treatment of various diseases. Among them there are eleven recipes used for the treatment of teeth and gums.

As a medical specialty, dentistry appeared in Europe at the turn of the 17th century. The impetus for this was the work of the French surgeon Pierre Fochard. He is remembered as the father of scientific dentistry. Although, as far as we know, the first medical instruments were long before Pierre. Historians believe that the tongs for extracting teeth were still in the time of Hippocrates.

Over the years, dentistry has not been combined with medicine. It was a separate industry. Cordova surgeon Abul-Kasim in the 11th century in his book depicted dental instruments. But Giovanni Arkoli entered the dental history as the one who perfected the forceps. He was the first who not only pulled out his sick teeth, but also sealed holes in his teeth with gold.

Then the dentists were completely unconscious, so people suffered terrible pain and delayed the trip to such “doctors”. And almost until the 17th century, the sick teeth were not treated, but simply torn. And most often it was done by the bathhouse attendants, barbers and horses. In the 17th century, a drill was invented, it was easier to treat teeth, but it was unrealistic to hurt. On anesthetics, then there was no thought.

Today, dental treatment is an absolutely safe and painless procedure. Dental offices are equipped with the latest equipment and materials, doctors are professionals in their field! But vseravno better to prevent illness, than to treat! Therefore, carefully care for the teeth, do professional cleaning and go to the doctor for a check-up!

Dental implants: all for and against